Favorite part of the instrument The beautiful timbre born from friction. How the violin provides completely different forms of enjoyment between the 1st and the 2nd in orchestras and so forth.

Placed first in the 88th Music Competition of Japan while simultaneously receiving numerous awards, including the Leucadia, Sumi and Kuroyanagi Awards. Has performed on “Recital Passio” aired on NHK-FM and “Untitled Concert” broadcast on tv asahi, among others. Has played together with the Tokyo Symphony Orchestra, the Tokyo Philharmonic Orchestra, the Kanagawa Philharmonic Orchestra, and more thus far. Studied at Music Department at Toho Gakuen College as a scholarship student, graduating at the top of his class. Was loaned a 1716 A. Stradivarius by the Itoh Foundation for a two-year period starting in 2019. Currently enrolled as a scholarship student in the first year of a master’s program at the Faculty of Music at Toho Gakuen College. Studied under Akiko Tatsumi. 6th Fellow of the Suntory Hall Chamber Music Academy. 2021 and 2022 scholarship student at the Rohm Music Foundation. Uses the M. Capicchioni 1956 “Felix Ayo” on loan from the Munetsugu Collection for his instrument. 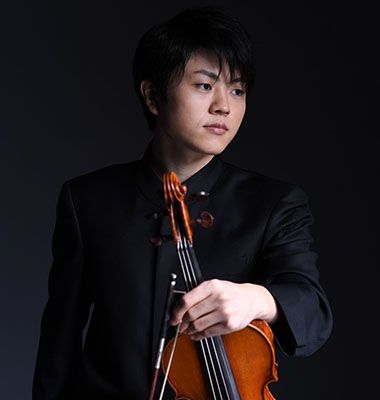